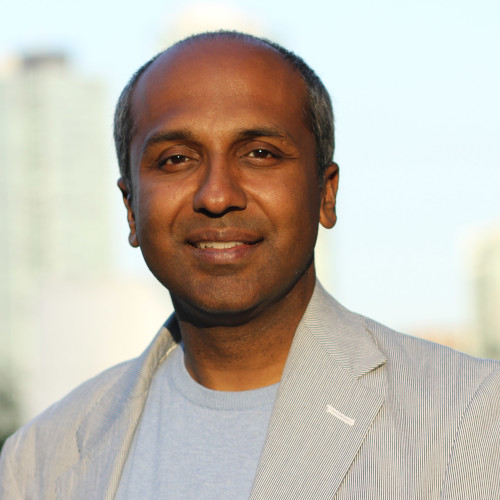 Sree Sreenivasan is an expert and scholar in digital communications based in New York City. He serves as a professor and managing director of Cronkrite Pro, a new global training initiative at the Walter Cronkite School of Journalism and Mass Communication at Arizona State University.

He is CEO and cofounder of Digimentors, a digital, social and virtual & hybrid events consulting company. During the pandemic, he has been hosting hundreds of episodes of multiple shows to share accurate, useful information about various aspects of the crisis. He’s interviewed 600+ experts, doctors, scientists, nurses, authors, etc, from 25+ countries.

He has served as Chief Digital Officer of New York City, the Metropolitan Museum of Art and Columbia University (where he was a full-time professor of journalism for 20+ years). He was the inaugural Marshall Loeb Visiting Professor of Digital Innovation and Audience Engagement at Stony Brook School of Communication and Journalism.

He taught a course on entrepreneurship at Columbia for four years with Ken Lerer, the co-founder of Huffington Post, chairman of Buzzfeed and co-founder of venture firm LererHippeau.