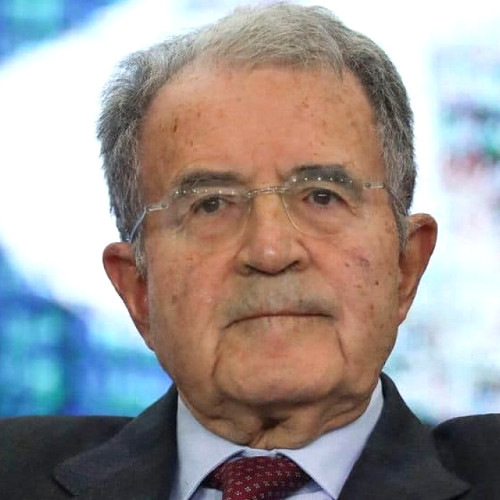 Previously, he was Professor at CEIBS (China Europe International Business School) in Shanghai where now he is Member of the Board of the School. He worked also at Brown University (USA) for the period 2009- 2013.

Following the primary elections held in October 2005, Romano Prodi became the leader of the center-left coalition and then Prime Minister of Italy (2006 -2008). He was the President of the European Commission from September 1999 to 2004. During his presidency, the European Commission adopted some of the historic EU decisions (introduction of Euro).

From November 1982 to October 1989 he was the Chairman of IRI (Institute for Industrial Reconstruction), at the time the largest Italian holding company. In May 1993 he returned to IRI’s helm and completed the privatization of major companies such as Credito Italiano and Banca Commerciale Italiana.