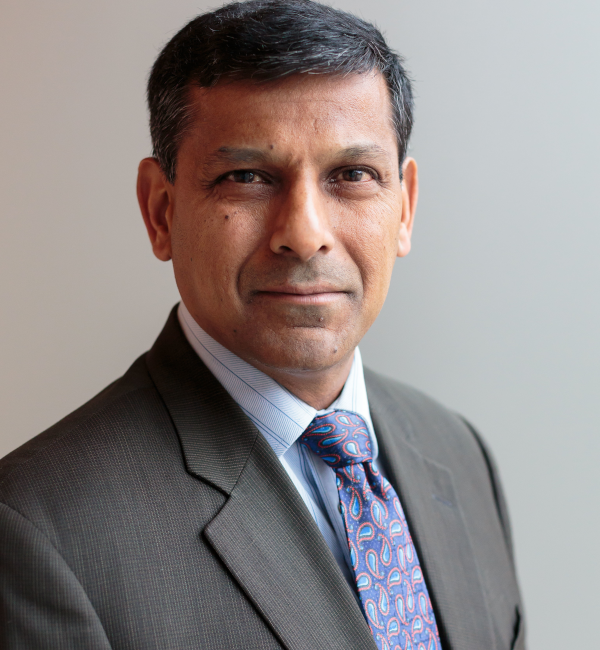 Raghuram Rajan is the Katherine Dusak Miller Distinguished Service Professor of Finance at the University of Chicago’s Booth School. He was the Governor of the Reserve Bank of India between 2013 and 2016, Vice-Chairman of the Board of the Bank for International Settlements (2015-16) and Chief Economist at the International Monetary Fund (2003-2006).

His research interests are in banking, corporate finance, and economic development. His most recent book The Third Pillar: How Markets and the State hold the Community Behind was a finalist for the Financial Times-McKinsey prize for best business book in 2019.