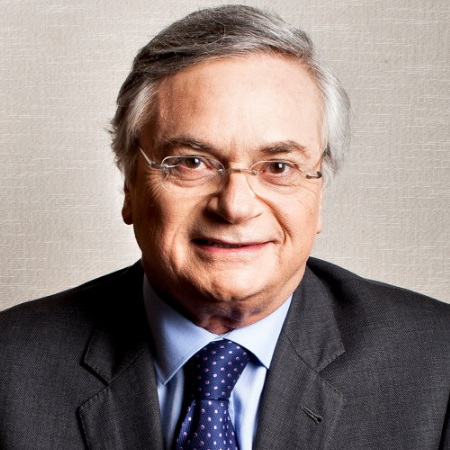 Moisés Naím is a distinguished fellow at the Carnegie Endowment for International Peace, a best-selling author, and an internationally syndicated columnist.

He is also the host and producer of “Efecto Naím,” an Emmy-winning weekly television program on international affairs that airs throughout the Americas on DirectTV (NTN24).

He is a member of the Council of Foreign Relations and an honorary member of Venezuela’s Academy of Economic Sciences.

His experience in public service includes his tenure as Venezuela’s Minister of Trade and Industry in the early 1990s, director of Venezuela’s Central Bank, and executive director of the World Bank.

He was a professor of business and economics and dean of IESA, Venezuela’s main business school, and also taught at John Hopkins’ School of Advanced International Studies in Washington.

He was the editor-in-chief of Foreign Policy magazine for fourteen years. During his tenure, Foreign Policy won the National Magazine Award for General Excellence three times.

He is author of many scholarly articles and more than ten books on international economics and politics. In 2018, he published his first novel Two Spies in Caracas and his earlier book, Illicit, continues to be widely cited for its pioneering analysis of the globalization of transnational criminal networks.

His 2013 book, The End of Power, a New York Times bestseller, was selected by the Washington Post and the Financial Times as one of the best books of the year upon release.

The British magazine Prospect named him one of the world’s leading thinkers in 2013, and for several years the Gottlieb Duttweiler Institute of Switzerland ranked him among the top 100 global thought leaders. In 2011, he was awarded the Ortega y Gasset prize, the most prestigious award in Spanish journalism.

He holds a Ph.D from the Massachusetts Institute of Technology and a Doctor Honoris Causa in International Affairs from American University.