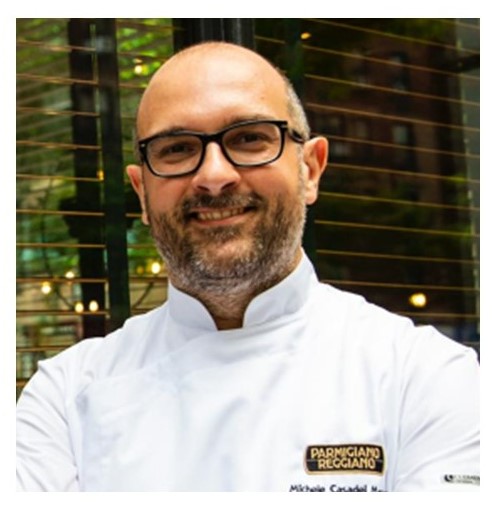 Chef Michele Massari is a pedigreed chef and entrepreneur, currently serving as CEO, Founder, and Executive Chef at Lucciola.

Michele works as chef and brand ambassador for major brands such as Ferrari USA, Parmigiano Reggiano and Urbani Truffles. He is the Executive Chef of the BiograFilm Food Academy based in Bologna and Advisor & Partner of Iwonder Pictures, distribution and film production venture. His cooking style is consistent with the uniquely Italian philosophy which employs a simplistic approach and relies chiefly on the quality of the ingredients rather than elaborate preparation.

Occasional radio speaker on Italian national broadcasters such as Radio 2, he is also a conceptual photographer and T-shirt designer.

After attending the Università di Bologna, he moved to New York City in 2009 where he translated his many skills and curiosities acquired during his studies in medicine to establish himself as one of the most sought-after Executive Chefs and culinary advisors in the world.

Born in 1975 in Riccione and raised in Bologna, Michele moved to New York City in 2009, Massari was extremely passionate about all things Italian including its cuisine, art, literature, and other creative expressions.