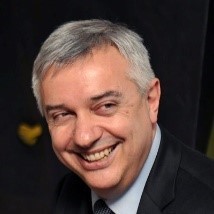 Maurizio Molinari has been Editor-in-Chief of the Italian daily la Repubblica and Editor of the Gedi Editorial Group since April 23, 2020.

From 2016 to 2020 he was Editor-in-Chief of the daily newspaper La Stampa, where he had worked since 1997 serving as a diplomatic correspondent from Brussels, New York, and Jerusalem-Ramallah.

A journalist since 1989, he began his career at La Voce Repubblicana, dealing with foreign and security policy.

Born in Rome in 1964, Maurizio Molinari studied at Manchester College, Oxford University, and at the Hebrew University of Jerusalem before earning his degrees in foreign policy and history at the University of Rome “La Sapienza”.