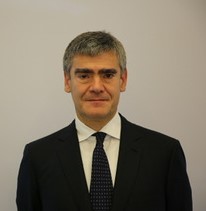 Massimo Proverbio is Intesa Sanpaolo Chief IT, Digital and Innovation Officer since 1 January 2018. From March 2022 he is Member of the Board of CENTAI Institute S.p.A.

In April 2021 he joined the Advisory Committee for Digital P.A. for the Italian Government.

After leaving a long-lasting career in Accenture in 2017 to join Intesa Sanpaolo, in December 2020 he became Member of the Supervisory Board of Intesa Sanpaolo International Value Services.

He firstly joined Accenture Italy in 1988 as project manager within the banking sector, focusing on the branch network. From 1991 to 1994 he worked for Accenture in Belgium, Hungary and South Africa managing IT systems architecture, IT transformation and merger planning projects. In 1994 he returned to Accenture Italy and until 1999 he managed planning and integration projects regarding the main Italian banking groups, in addition to cost reduction and multi-channel solutions and core banking systems set-up projects. In 1999 he was appointed as an Accenture Partner becoming responsible for various Accenture clients and led different Accenture offer areas of development, such as Merger and Acquisition, Digital transformation and CRM and Cost restructuring.

In 2012 he was nominated Accenture Senior Managing Director and became Accenture Payment Services Global Lead until 2015 when he was appointed Europe and Latin America Banking Industry and Practice Lead.

Before commencing his career in Accenture, he worked for IBM from 1985 to 1988.

He graduated from Politecnico di Milano University in 1985 with a Bachelor of Engineering degree.