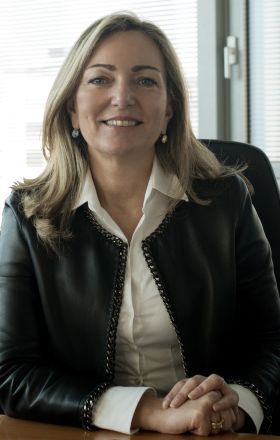 • Head of the European Union Delegation to the UN and other International Organization in Geneva (2011-2014);

• Ministry Plenipotentiary at the Permanent Mission of Italy to the UN and other International Organizations in Geneva (2007-2011);

• Special assignment as coordinator of major events under the Italian Presidency of the G8 in 2009, including on violence against women and women peace and security;

• Head of the Mediterranean, the Middle East and Balkans Department for Development Cooperation at the Ministry of Foreign Affairs in Rome (2007);

• Counsellor, in charge of the relations with Italian press and media at the Press and Information Service and Office of the Spokesperson of the Minister of Foreign Affairs in Rome (1994-1997);

• She has published on the Reform of the Security Council and on the Contribution of Italy to UN peace-keeping operations;

• She is a regular speaker at international conferences on Italian Foreign policy, multilateral and global issue.

She speaks fluent English and French, and has a good knowledge of Spanish.

She has been awarded the decoration of “Commendatore” (Commander) of the Order of Merit of the Italian Republic.

She is an active member of the International Gender Champions Network aimed at promoting gender parity and women’s participation in decision-making. In 2019 she was awarded with the “Mela d’Oro” (Golden Apple) by the “Fondazione Marisa Bellisario” in recognition of her contribution to the advancement of women in public institutions.