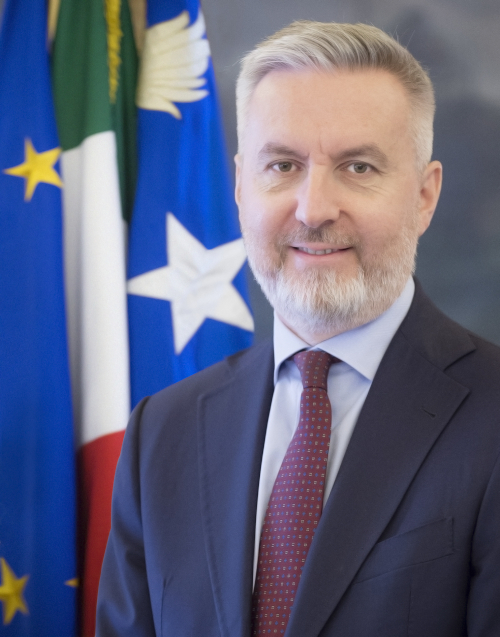 From 2010 to 2005 he was Mayor of Lodi. During his first term as Mayor, he became President of ANCI Lombardia and a member of the State-Cities and Local Authorities Conference and the Unified Conference. He was also responsible for Welfare at the National ANCI. Previously, he served two terms as President of the Province of Lodi.

He graduated in Political Science from the Catholic University of the Sacred Heart in Milan, with a thesis on the History of Political Doctrines. He trained as an insurance consultant.