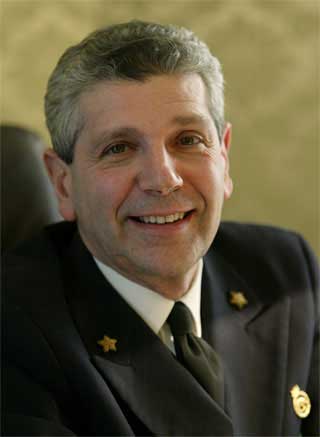 Admiral Giampaolo Di Paola became on December 1st 2018 Chairman of the Board of FINCANTIERI USA, based in Washington DC and working in the business of civilian and military ships constructions (Littoral combat ship for the US Navy) in the US market.

From 2017 until now he is visiting professor at Sciences Po University in Paris where he holds each year a six month class on “International organizations”.

In 2016 he became member of the board of Aerea, an Italian private owned firm working in the field of air support mission systems such as missiles, launcher, bomb breaker and pylons structure for fixed and rotary wings aircrafts. In 2017 he became Chairman of the board of Aerea with no operational duties and no legal responsibilities for the management of the company.

After two sabbatical years, in 2015 he taught geostrategy at Luiss University in Rome.

On November 18th 2011 he was appointed Minister of Defence of Italy under Government Monti, position that he held until April 26th 2013. Under his tenet, the Italian Parliament approved the Law of Reform and Reorganization of the Italian Military.

On June 27th 2008, he became Chairman of the NATO Military Committee, NATO top senior military Post that he held until November 16th 2011. During this tenet he was responsible for managing and coordinating NATO military operations in Afghanistan, The Balkans, and Libya.

He was promoted Admiral on March 10th 2004 on becoming Chief of Defence. In this capacity he had the overall responsibility for the policy and planning of the Italian Armed Forces and – as CINCFOR – he did hold planning and command responsibility for Italian Forces participation in NATO, EU and Coalition operations conducted in Afghanistan, Iraq, the Balkans, the Mediterranean, Pakistan and in the United Nations Operation in Lebanon.

From 1998 to 2001, with the rank of Rear Admiral, he assumed the position of Chief of the Cabinet Office of the Ministry of Defence. On January 1st 1999 he was promoted Vice Admiral. In this position he took active part in supporting the political decision making for the Italian contribution to the NATO initiative in Kosovo, the NATO enlargement process and outreach policy and in the development of the ESDP and NATO-EU relationship.

With the rank of Rear Admiral (lower half) in 1994 he was assigned to the Defence Staff in the Ministry of Defence where he became Chief of the Directorate of Defence Policy (1994-98). In this position he took active part as far as the planning of the Italian contribution to the NATO effort for the stabilization of the Balkans and for the Italian-led Operation in support of Albania in 1997. As Polmil Advisor to the Minister of Defence and to the Italian Chod he was actively engaged in NATO PfP initiative and in the Mediterranean Dialogue. He was also the Italian representative to the HLG on nuclear and proliferation issues.

At the end of 1990 he returned to the Navy Staff and was appointed as Executive Assistant to the Deputy Chief of Staff (1990-91), then as Chief of Naval Plans and Policy Branch (1991-92), and finally as Assistant Chief of Staff for Plans and Operations (1993-94). During this period the Italian Navy was involved in supporting NATO arms embargo operations (Operation Sharp Guard) to contain the conflict in the former Yugoslavia, and in the U.N. operation Restore Hope in Somalia.

In 1984 he assumed command of the frigate “Grecale”. Thereafter, in 1986, he was appointed to the Navy Staff in Rome as Plans and Programs Branch Chief in the Directorate of General and Financial Planning.

In 1981 he attended the NATO Defence College in Rome. From 1981 to 1984 he served as Anti Submarine Warfare and Undersea Warfare Program Officer, Long Term Planning Branch, in the Supreme Allied Command Atlantic in Norfolk, Virginia (USA). He served in junior officer appointments in conventional submarines and commanded the submarines “Cappellini” (1974-75) and “Sauro” (1980-81).

Born in 1944, he joined the Italian Navy in 1963 and graduated from the Naval Academy in 1966. Soon after the graduation in 1967 he attended the Submarine School and underwent fleet training onboard submarines.

He is married to Roberta and they have two daughters. He speaks fluently English, French and Spanish. His interests include fine arts, literature and classical music, the practice of skiing and mountain climbing.