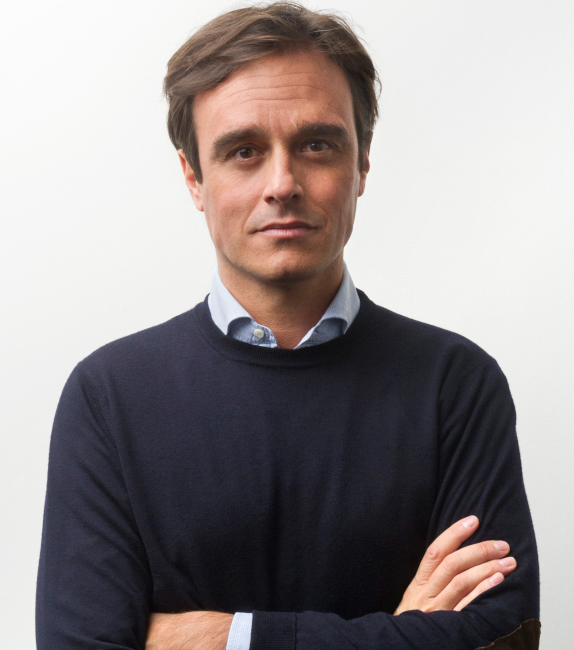 Emanuele Farneti is the editor-in-chief of Vogue Italia and L’Uomo Vogue since 2017.  Under his direction, Vogue Italia reinforces its tradition of using fashion as a language capable of addressing contemporary issues, particularly in relation to sustainability, diversity, inclusivity and body positivity. He is also director of AD Italia since 2020. He joined Condé Nast Italia in 2015 where he was editor of GQ Italia and before that of AD Italia.

Previously, he worked at different publications including Flair, Icon and Men’s Health. In 2013 he supervises the launch of the Spanish edition of Icon in Madrid, published as a supplement to the newspaper El País.

In 2004, at the age of 29, he became editor of the weekly magazine SportWeek. At the end of the same year, he moved to the direction of the monthly Men’s Health, which he left two years later to become vice-director of the weekly Panorama.

He started his career in print media at Condé Nast in the editorial staff of GQ Italia in 1999, and at La Gazzetta dello Sport, where he joined the coordination pool of the football editorial staff.

He attended the high school Tito Livio in classical studies in Milan and graduated with honors in Law at the State University of Milan.