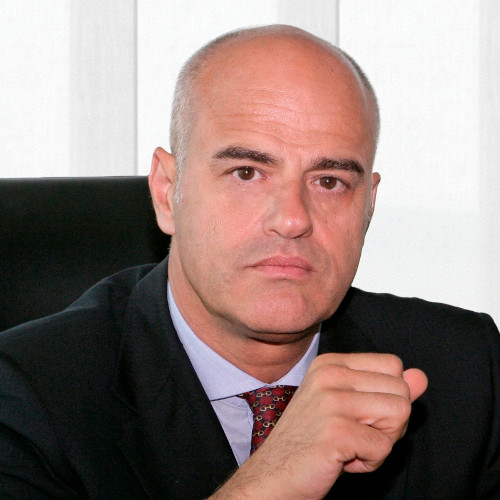 Congo and in 1998 he became Vice President & Managing Director of Naoc, a subsidiary of Eni in Nigeria. From 2000 to 2001 he held the position of Executive Vice President for Africa, Middle East and China. From 2002 to 2005 he was Executive Vice President for Italy, Africa, Middle East, covering also the role of member of the board of several Eni subsidiaries in the area.
In 2005, he was appointed Deputy Chief Operating Officer of the Exploration & Production Division in Eni. From 2006 to 2014 he was President of Assomineraria and from 2008 to 2014 he was Chief Operating Officer in the Exploration & Production Division of Eni. From 2010 to 2014 he held the position of Chairman of Eni UK.
In 2012, Claudio Descalzi was the first European in the field of Oil&Gas to receive the prestigious “Charles F. Rand Memorial Gold Medal 2012” award from the Society of Petroleum Engineers and the American Institute of Mining Engineers. He is a Visiting Fellow at The University of Oxford. In December 2015 he was made a member of the “Global Board of Advisors of the Council on Foreign Relations”.
In December 2016 he was awarded an Honorary Degree in Environmental and Territorial Engineering by the Faculty of Engineering of the University of Rome, Tor Vergata.
He graduated in physics in 1979 from the University of Milan.