Italy, US, Europe: a common future 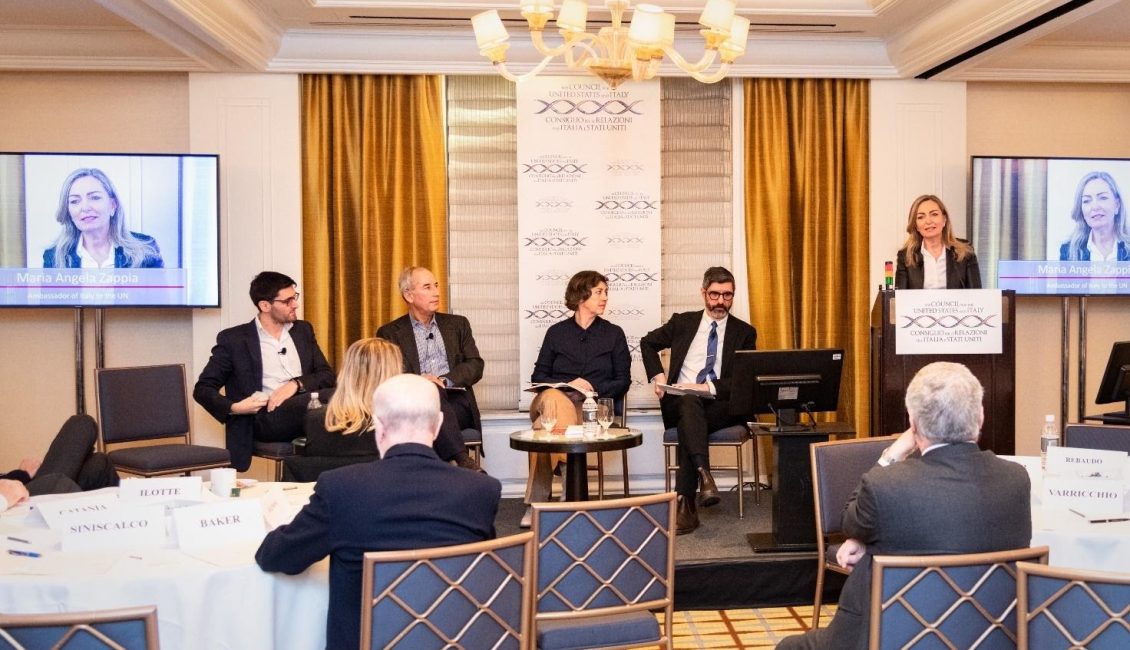 Welcome addresses were given besides from the Chairman Domenico Siniscalco, by Armando Varricchio (Ambassador of Italy to the US) and Lewis Eisenberg (US Ambassador to Italy).

Keynote speeches were delivered by Timothy Adams (President and CEO, Institute of International Finance) and Giancarlo Giorgetti (Under Secretary of State to the Prime Minister’s Office, Italy).

Maria Angela Zappia (Ambassador of Italy to the UN) spoke on “Strategic Priorities and Actions of Italy at the United Nations”.

The End of Atlanticism? Europe and the US after the EU Elections:

The panel was chaired by Gerard Baker (Editor at large, The Wall Street Journal).

Giovanni Castellaneta (Chairman of the Board, Bizzi & Partners International) and Charles Kupchan (Senior Fellow, Council on Foreign Relations) commented on the theme.

Charles Kenny (Director of Technology and Development, Center for Global Development) focused his speech on “Is Globalization Still a Force for Good?”.

The Future of Finance:

The panel was chaired by Domenico Siniscalco.

The Frontiers of Innovation: Cybersecurity and Its Enemies:

The Future of Media:

The panel was chaired by Giovanna Pancheri (US & UN Correspondent, Sky Tg24).

Towards a Better Future: Sustainability, Startup, Made in Italy, Trust:

Opening: Domenico Siniscalco (Chairman, The Council for the United States and Italy)

Welcome address: Armando Varricchio (Ambassador of Italy to the US)

THE FUTURE OF BANKING

Speakers:
11:00AM - 12:00PM
The geopolitical and economic scenario: outlook on transatlantic relations

Speakers:
04:00 - 05:00PM
The frontiers of innovation: cybersecurity and its enemies

Dinner at the Council on Foreign Relations, Harold Pratt House

ITALY AND EUROPE: A NEW BEGINNING

Speakers:
10:00 - 11:00AM
Strategic priorities and actions of Italy at the United Nations

Maria Angela Zappia (Ambassador of Italy to the UN)

Speakers:
11:00AM - 12:30PM
Towards a better future: sustainability, startup, made in Italy, trust 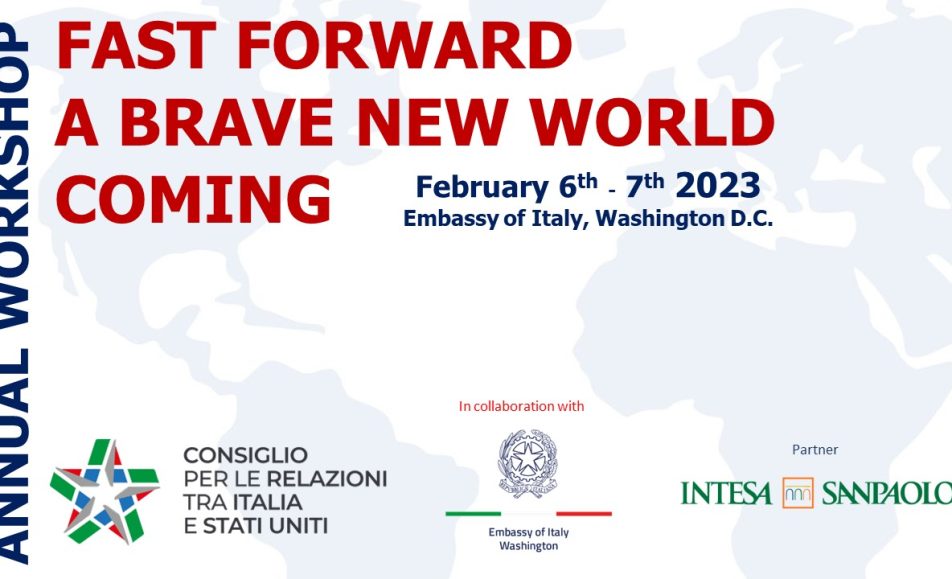 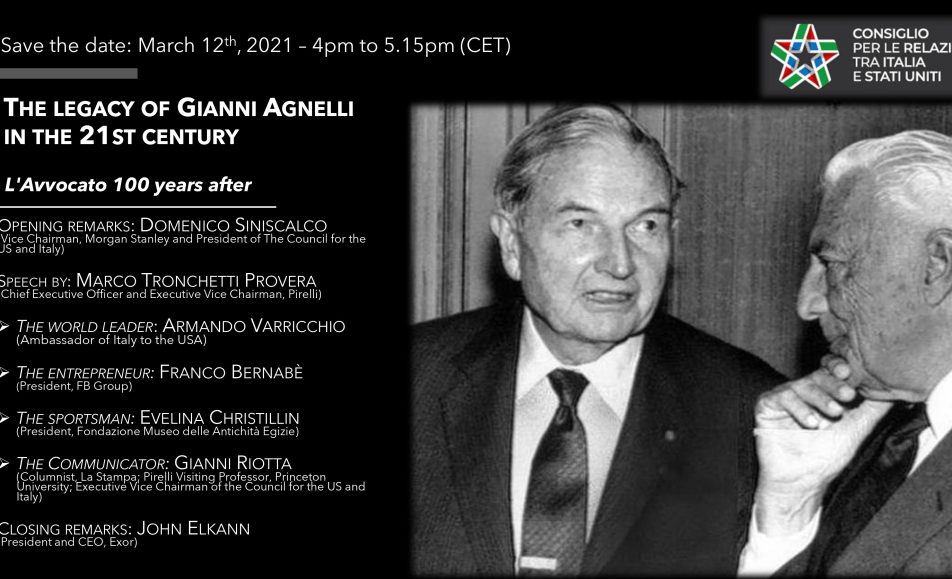 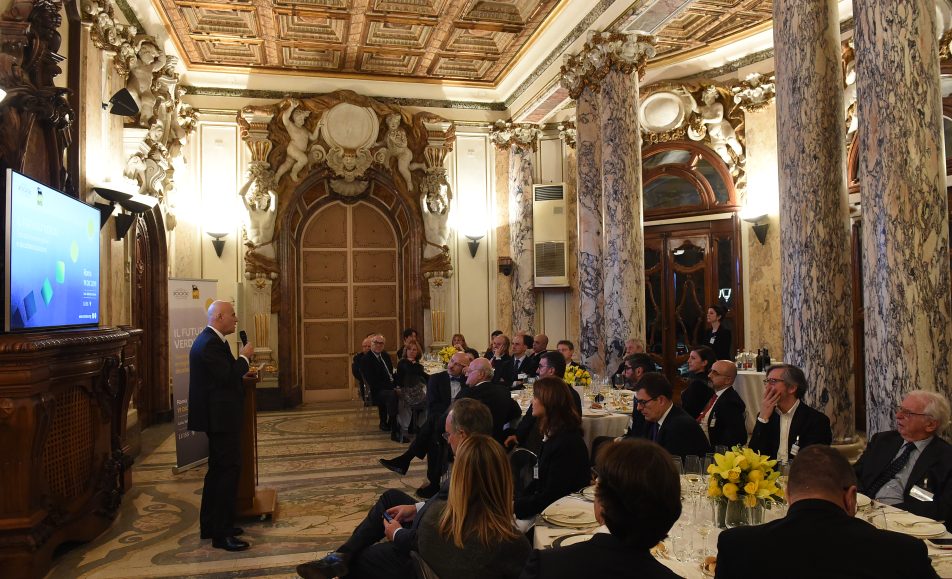